We moved into our new house on February 9th.  I think we are finally settled in.  I still have one box full of miscellaneous items to go through, but it's not too bad.  We are picking up a desk for Nolan on Saturday, but that should be the last of any furniture we need... other than patio furniture.

The boys are in their own rooms, LOVING THAT.  On Sunday, when I had an absolute hideous meltdown of epic proportions (due mostly to a disastrous shopping trip with the heathens and an even funner car ride home), they were banished to their rooms with the doors closed until further notice.  It was heaven.  I put the groceries away in BLISSFUL SILENCE.  Except for the few times that Sethy came and asked if he could come out and I barked at him to get back in his room it was very peaceful.

We have a huge backyard and a pretty big front yard... we only moved 5 miles away (literally, 5 miles down the same street), it's a much more rural area.  Lots of trees and greenery.  We have a big garden patch in the back, a fire pit, a big shed and a play area for the boys.  They have played more outside in the last two weeks than they probably have in the last two months.

Aaron has a garage and I don't think I've ever seen him so content and busy!  He's tinkering out there all the time.  I love it.  The only downsides so far is that the kitchen is pretty small (but oddly it's not a big deal, we've adapted), the house is on a well... and it smells like sulfur when the warm water is running.  Though it does dissipate quickly and doesn't really smell after the water is turned off.  We are also on septic, so I am PARANOID that we are going to have a back up. Oh and of course, my irrational fear of spiders has me a bit jumpy... I'm sure I'll need to take a few xanax come September when they really come out.  ::ugh::

Here are a few photos of the place since we moved in... most of the rooms weren't done yet, but you get the general idea. 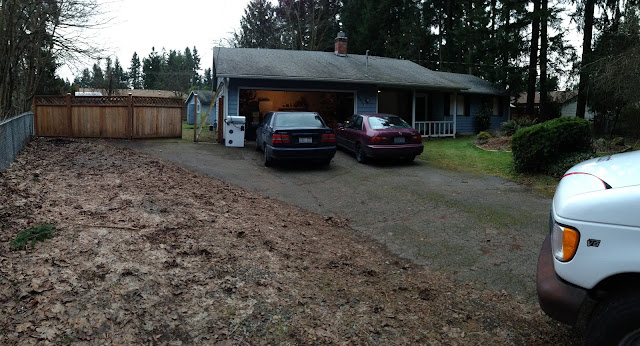 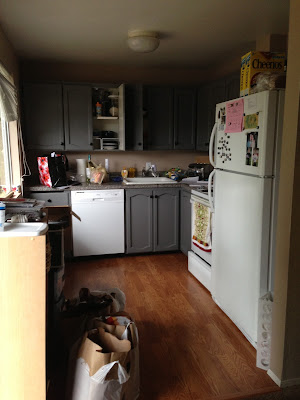 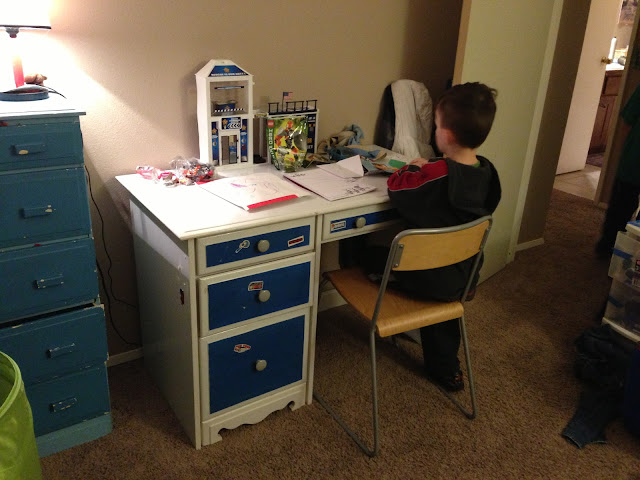 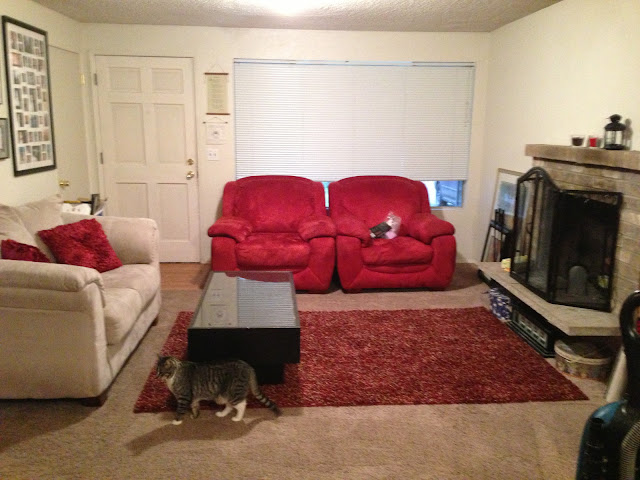 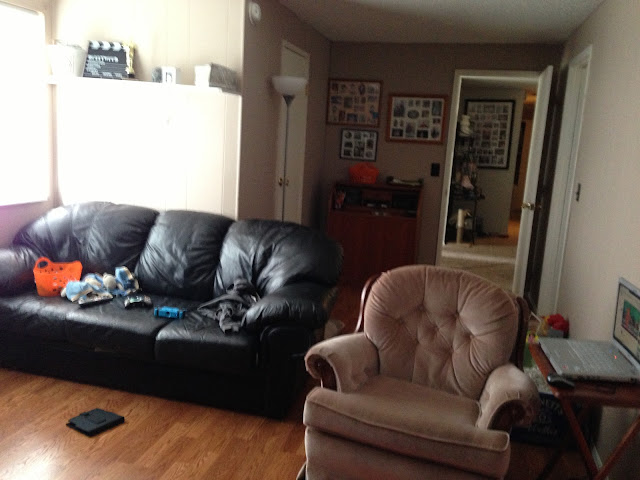 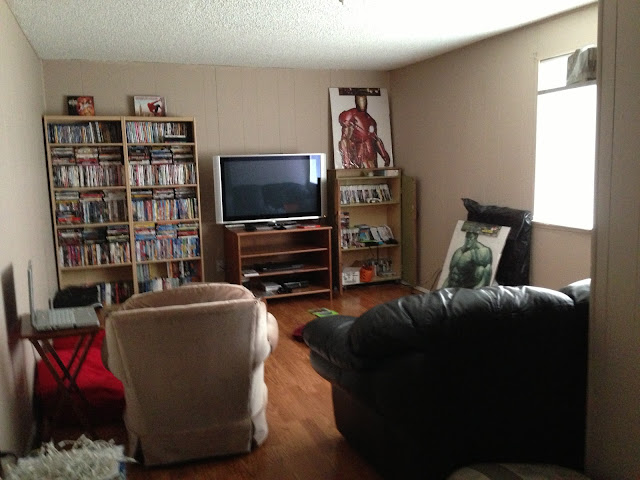 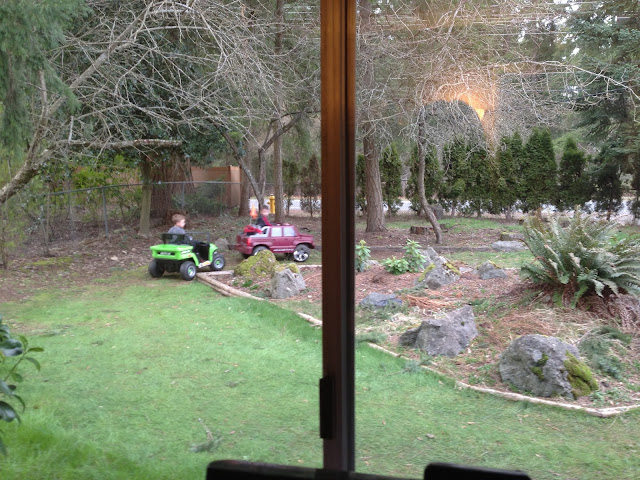 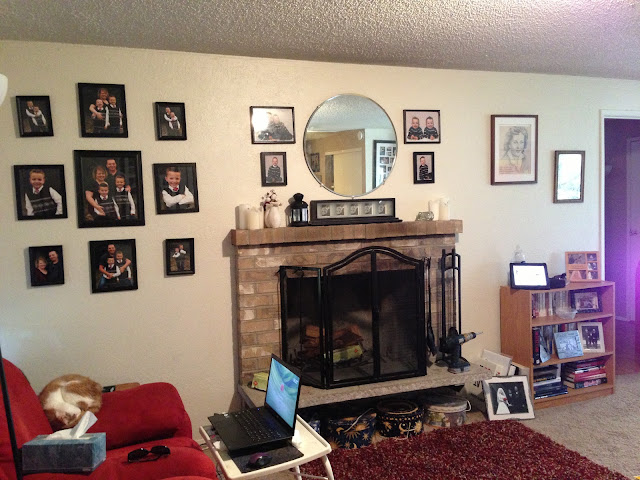 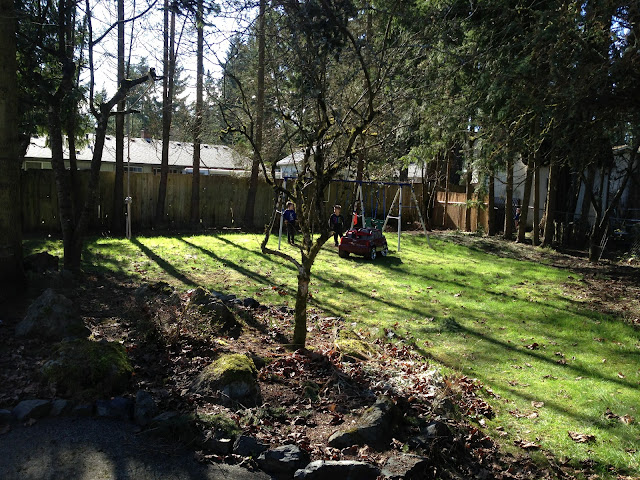