So yeah.  Let's just recap for a second.  The Urologist determined that whatever issues I am having are NOT bladder related.  I have to agree... though I'll be damned if it doesn't feel that way.  I have now been advised to seek out a gynecologist.  Yippy.

I don't think I mentioned it in the last post, but my back has been really REALLY bothering me.  I went to the chiropractor and have seen him a few times.  I have to say this week I have truly seen an improvement.  It was so bad that I would have to sit down while I was getting ready in the morning as my back would seize up and I would feel like I was going to collapse.  Good times.

THEN, (are you riveted yet?) I woke up on Wednesday and my tooth that had been bothering me, had become infected and my face was swollen and my mouth hurt like a motherfucker. 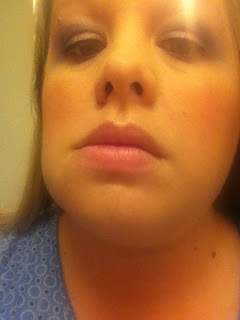 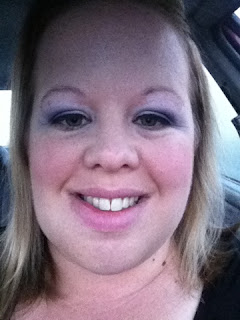 Pretty, right?  GOOD GOD.  It's taken almost a week to get back to normal.  Still a tiny bit swollen, but so much better.

It's been a hell of week between my own shit going on, my dad has some medical issues going on, and the boys have been down for the count this week with the stomach flu.  Oh and Aaron starts swing shift tonight.  1:30 to 10.  This should be interesting.

He quit his job where he'd been for 18 years, and is now at Boeing.  It's a big change for us, but one we're pretty excited about.  He's in good company, my brother in law and Aaron's best friend have gotten jobs there in the past year as well.
Posted by Allison xoxo at 26.10.12
Email ThisBlogThis!Share to TwitterShare to FacebookShare to Pinterest