This morning was Nolan's first soccer game of the season.  A jamboree game... He was pretty stoked.  He played defense in the first 10 minute half and then offense on the second half.  It was a hoot and a half, and also... there were a couple of kids where were damn amazing and have clearly grown up in their short 7 years around a soccer ball.

Next week the games will begin being an hour long... it'll be interesting to see how they handle that as opposed to the short game today.  I thoroughly enjoyed watching them out there, and even though I've never been one much for soccer in general, it looked like fun. :)

Sethy has his first game next Saturday.  I can't wait! 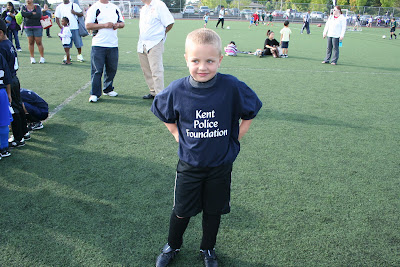 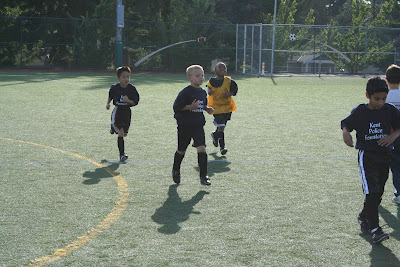 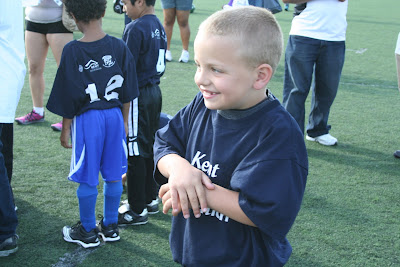 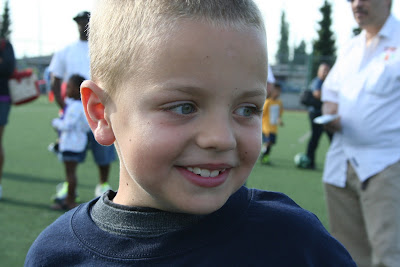 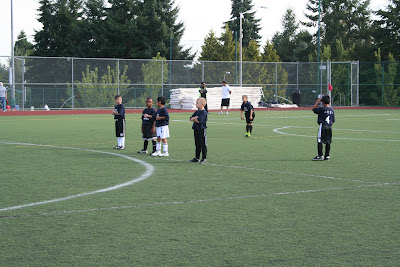 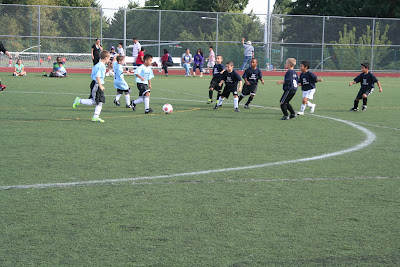 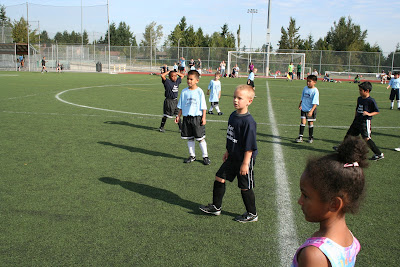 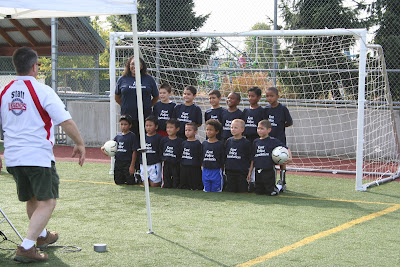 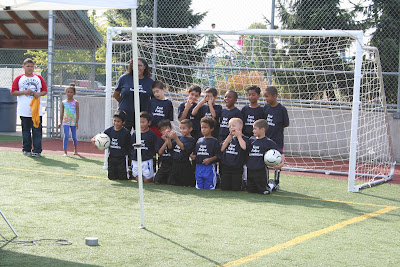 How is it that Grey's Anatomy is in its 9th season and I am just now discovering it?  I remember when it first came on and I remember watching it and not liking it... but I believe E.R. had just ended and I was so used to that show, that Grey's just didn't jibe well with me.  Anyway, I gave it a try on netflix and I've been watching it like crazy the last week or two.  I started season 4 today.  I'm a bit hooked you might say.

But since I'm late to the party (as per usual), indulge me for a moment.  So... the interns.. Meredith, Karev, George, Izzy  and Christina.... they are supposed to be late 20s early 30s... right?  There is no way in hell Merideth is passing for under 35.  And that's on a good day.  She always looks cold and dewy and as though she smells like putty.   And also, with the squinting.   She drives me batshit crazy.  But of course I'll still watch.  I'm hooked after all.

Other than that, I seem to have come down with a cold.  First cold in a while, my smug "I take zinc and that's why I don't get sick" attitude has been shaken.  However, I've been doubling up on the zinc the past few days ... I'll kick it soon.  This morning I sneezed about 16 times in a row.  I say about because I may have lost count around sneeze number 3.  But It was in the ball park of 16-18.  I was dizzy as hell when it finally stopped.

Tomorrow, our nanny starts.  First time we've ever employed anyone... ever.  We've never even had a babysitter we paid.  We always use family.  Anyway, she starts tomorrow, so of course I deep cleaned the kitchen and bathrooms today.  Complete with wall scrubbing and decontaminating the fridge.  I have the contract printed and ready to sign, the proper IRS forms printed and ready to sign, a key made and even a house phone installed.

We took an impromptu road trip over to Whidbey Island to Deception Pass State Park.  Apparently it's the most popular state park in Washington State.  So popular that Aaron and I have never been there, lol.  Anyway, the boys and I slept on the two hour drive up there.  When we got there, we stopped at a little mini mart/ ice cream shop/coffee stand.  Nolan and I had ice cream cones for lunch.  Sethy had cool ranch doritos and Aaron and bites of our ice cream and his own snacks.  Then we drove over to the park and paid our $30 for a yearly state park pass, and drove around looking at the various parts of the park, listening to the kids complain that this 'isn't a park, there's no playground!' until we found a beach to get out and explore.
The beach was nice, though we were woefully unprepared.  No sand toys, no extra clothes, no swim trunks, no towels.  In my cold medicine haze I packed snacks and sunscreen and nothing else.  Aaron and the boys took their shoes off and waded out into the water, there was a giant rock about 10 feet or so from where the tide was and they climbed up on it and nearly gave me a heart attack.  The rock was about 15 feet high or so, and jagged all over.  They lasted up there for about 10 minutes and then came back.  By that time both boys were soaked from the waist down.  We let them play in the sand for a while and then when we got back to the car, Nolan was crying because his shorts were wet and cold and full of sand, and rubbing his little legs raw.  I  had both of them take their shorts off and I hung them on the outside of the rear windows so they would dry on our drive down to the ferry.  Super classy!

But it did the trick.  They were almost completely dry when we got to the Clinton ferry dock.  The boys were super stoked to ride the ferry, we talked it up a good game... and when we drove onto the ferry, we were one of the last cars waved on.  By the time we got out of the car, found the stairs to go up top and went out on the deck... we literally had about 5 minutes before we had to go back to the car.  The ride from Clinton to Mukilteo is literally only about 20 minutes.  They were NOT happy to have to go back downstairs.  So we promised that we would take a nice long ferry ride soon.  One where they could eat at the tables too.

Anyway, it was a pretty good weekend, sick and all. 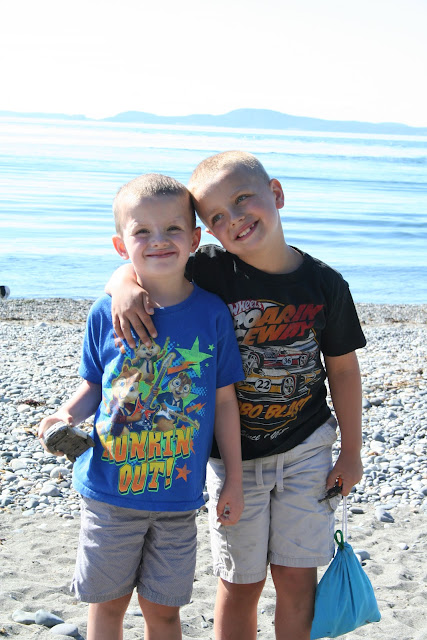 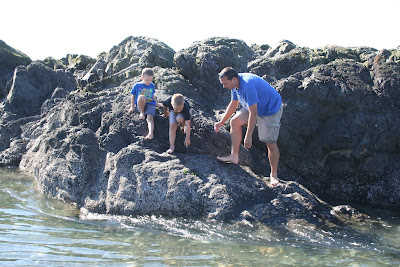